Indians are worst hit by layoffs after 195 years of waiting for a green card.

Many US residents on temporary visas now have limited time to find new employment before having to leave the country due to mass layoffs in the technology sector. And many say the companies that sponsored them are providing them with little advice. The H-1B visa program has long been used by the IT industry to fill its need for professionals in specialized fields such as computer science and engineering.

According to the U.S. Citizenship and Immigration Services Information Review, at least 45,000 H-1B employees have been sponsored by Amazon, Lyft, Meta, Salesforce, Stripe, and Twitter over the past three years. At least 350 immigrants have been affected by the latest round of job cuts at these two companies alone, according to reports compiled by Meta and Twitter employees. H-1B visa holders who lose their jobs are given just 60 days to legally remain in the United States without finding new employers to sponsor them.

Many people on H-1B visas have been residing in the United States for many years while seeking naturalization. Along with thousands of other IT employees, they are currently desperate for work in a more competitive job market. Some people have mortgages, student loans, and school-age children.

Recruiting is normally slower during the holidays, and many large companies have stopped hiring altogether. Hurried job seekers have turned to their professional networks for a means to survive as deadlines approach. On LinkedIn, some people have made direct inquiries, sparking discussions with hundreds of responses, many of which include job opportunities both at home and abroad. Social media is filled with spreadsheets and crowdsourced recommendations.

To avoid upsetting their former employers or jeopardizing their job search, more than a dozen recently fired employees spoke to Bloomberg on condition of anonymity. A 30-year-old former Twitter designer who has lived in the US for 14 years and was laid off in November along with 3,500 other employees said she has long imagined this possibility and lives in fear of having to pack up and leave the country on short notice. “Will I have to move?” she wonders. “There’s always this stuff going back and forth in our heads.”

Employers in the United States are now able to hire foreigners with college degrees in technical professions where there has historically been a shortage of Americans due to the H-1B program. With the possibility of renewal, the visas are provided for three years. The annual cap for admissions is 85,000 and there is significant demand for spots, particularly among Indian professionals. 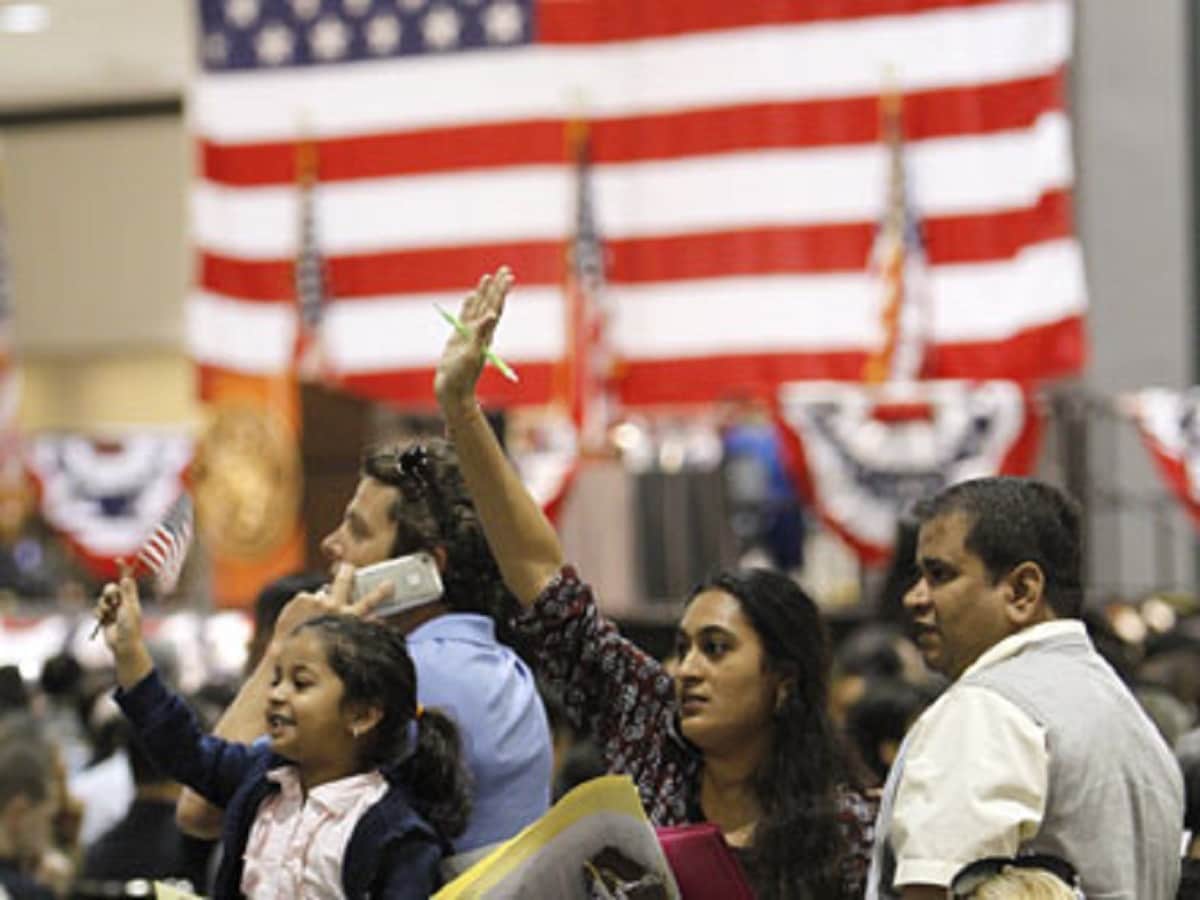 According to U.S. Department of Labor statistics, median third-quarter compensation for H-1B employees was $106,000. However, the best employees of IT companies earn much more. Without factoring in sizable incentives and stock options, typical compensation for an H-1B employee at Meta, Salesforce, and Twitter was approximately $175,000.

Indians have been particularly affected by the layoffs as they often have longer temporary visas than other ethnic groups due to delays in obtaining permanent (green card) status. While there are around 500,000 Indian nationals on the waiting list, only around 10,000 Employment Based Green Cards are normally available to them each year as each country is typically only allowed to get 7% of Employment Based Green Cards allocated every year. According to Senate research, Indians applying in 2020 could end up waiting up to 195 years for a green card. Chinese employees had to wait 18 years, compared to less than a year for everyone else.

An H-1B visa holder from India had recently bought a house in Seattle earlier in the year so they could start working for Meta. He is looking for a company to hire him and sponsor his visa transfer eleven months later. The MBA holder and father of two who has spent the last 15 years living in the United States says he is looking for a job as a technical product manager or program manager.

His LinkedIn networks were thoroughly searched, he joined relevant WhatsApp groups and sent application after application. Against the backdrop of his young children singing, he explains over the phone, “You have to spend months preparing for some of these tasks. “It is hard to admit to yourself that you may not have a place to reside despite being properly documented for 15 years. The road to the residence is not repairable.

The companies have provided varying degrees of assistance to immigrants as they are required to pay for H-1B workers to return to their home country if they are forced to leave the United States due to job loss. On temporary visas, five former Twitter employees say the company has offered little support and hasn’t clarified when their 60-day grace period begins. A company representative advised finding a lawyer when a worker asked for clarification because the law could be applied differently depending on the situation. A comment from Twitter was not forthcoming. Indian engineer Aditya Tawde, who works for LinkedIn, refers to the “basic minimum” as assisting US companies with immigration. Early in the outbreak, TripAdvisor fired him. He interviewed 25 different companies after just two days to process his layoff and, with just two weeks remaining on his visa, he was able to land a job. He says feeling depressed and furious is normal.

According to a USCIS spokesperson, the organization is committed to improving access to immigration benefits and is examining policy options to address the issues facing immigrant communities.

To build a database of H-1B employees looking for work, Vidhi Agrawal, an Indian citizen with a visa who hasn’t suffered layoffs, worked with a friend. He listed more than 350 people after two weeks. He and a friend contacted recruiters on their behalf. Agrawal, a DataBricks employee who immigrated to the Bay Area from India 11 years ago, is included in the green card backlog. When you have kids and you’re forced to move because you have a visa, she says, “It’s scary.”

Cecy Cervantes, a recruiter for a 15-person digital firm in New York City, said the number of LinkedIn job appeals from visa holders who just lost their jobs has “gone crazy.” She received 47 emails instead of the usual 10 on Monday last week and has already spoken to four H-1B visa holders who have been fired from Twitter and one from Meta.

Meta CEO Mark Zuckerberg said visa holders would receive “notice periods” – which can buy them more time before their clock starts ticking – and the support of “specialized immigration consultants” after announcing 11,000 layoffs this month. However, a former Meta employee says the advice was unhelpful. Similar advice was given on Twitter by the lawyer: “Find your lawyer.” Others have expressed their gratitude for the help.

Where possible, Stripe, a company that makes payment-processing software and cut more than 1,000 positions last month, has provided advice and assistance with visa status changes. To stretch her clocks, Lyft said it’s prepared to keep employees on its payroll even if they don’t work a few extra weeks. According to three former employees, Amazon is giving employees 60 days to find a different internal job before taking them off the books and extending their visa duration. As for whether it was providing immigration aid for people it was firing, Salesforce declined to answer.

According to Fiona McEntee, an immigration attorney at the McEntee Law Group in Chicago, “there is significant pressure to find work.” “The ticking of the clock is the problem.”

Some people have already given up. A 34-year-old product manager who was fired from a major fintech company says he is attempting to find a job in the coming weeks but has mostly decided to return to India. 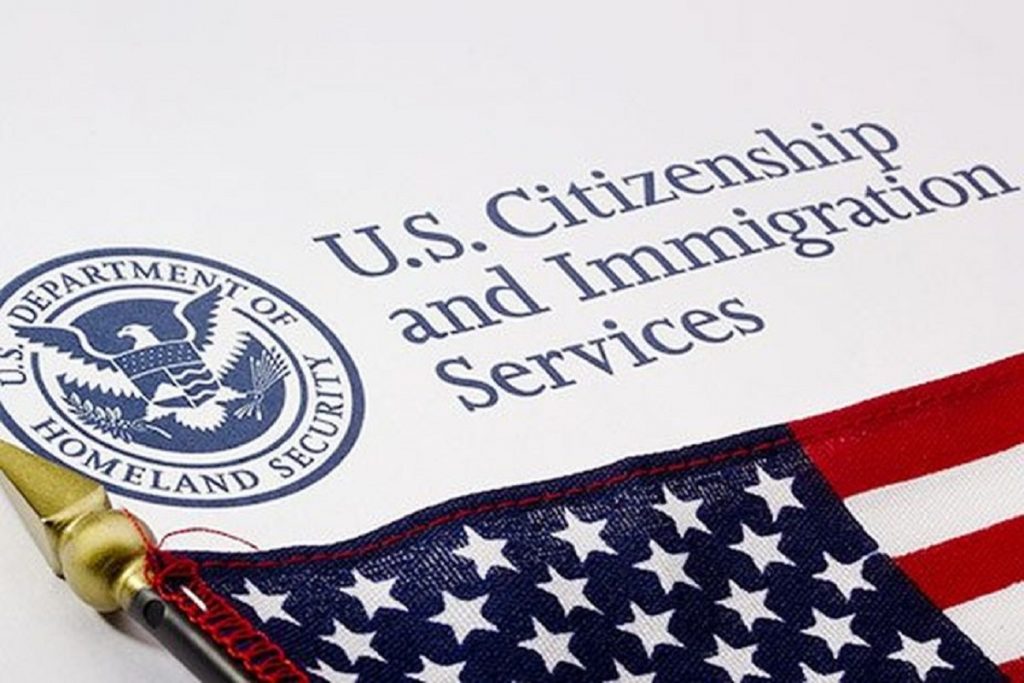 He is a graduate of the University of Chicago and has been a US resident for seven years. Returning to Bengaluru, where he was born, could be a “blessing in disguise,” according to him, as it will allow him to spend more time with his aging parents and start his own business, both difficult things to do while you have a view. Regarding the backlog of green cards, he declares, “I’m exhausted.” I don’t think there is any relief in sight.

edited and corrected by Nikita Sharma