Developing more intuitive and natural ways to interface with technology is a big part of computing, and one of the biggest breakthroughs came in the 1960s at Xero’s PARC facility with the innovation of the computer mouse. Designed to rest on a table and be moved with one hand, the humble mouse quickly became the analog pointing tool of choice. As technology advanced, rollers were replaced with spheres and then with lasers. But sometimes innovation goes sideways, not forward, and we end up with bizarre, unusable devices like these 10 Weird Computer Mice.

The sense of immersion in first-person shooters is always somewhat marred by mouse control – it’s hard to feel like a badass when you drive people crazy with the same thing you use for spreadsheets. Enter the MonsterGecko Pistol Mouse, a wired USB mouse with an optical resolution of 800 DPI and a large plastic pistol bolted atop it. The pistol trigger obviously acts as a left click. Ergonomically this won’t make you better at your favorite games, but it sure will make you look a bigger thrill playing them.

Making phone calls through your computer is quite common nowadays, but in the past, hardware manufacturers were still trying to figure out how this would work. One of the strangest attempts came in 2007 with the Jela Skype Mouse Phone. Featuring a 1.3-inch LCD display and numeric keypad, you can connect it to your PC and use it as a telephone handset with your Skype account, then fold it up like a transformer to use it as a mouse. But if you had to use your computer during that call, good luck, because it couldn’t do both at the same time. We will stay with one headset.

People praise Apple for its product design – the company has a reputation for some of the most stylish and iconic hardware in the world of computers and gadgets. But every now and then it really smells. The release of the Bondi Blue iMac in 1998 came with an infamous example: the Apple USB mouse. Derisively known as the “hockey puck,” it eschewed the traditional rounded rectangular design for a fully circular form factor, with a single button positioned at the top. It was awkward to use, especially with the weirdly short cable that connected it to the computer. Some companies even came out with a clip-on shell that users could attach to make the mouse more conventional.

The late 1990s was the boom time for first-person shooters, a genre that evolved in response to the ability to combine digital input from the keyboard and analog input from the mouse. What if you could improve that mouse by adding a joystick as well? That was the theory of leading peripheral maker Logitech when they released the incredible ’90s “CyberMan,” a mouse that added a pitch and yaw controller on top. The end result was a bizarre, non-ergonomic gimmick that was virtually impossible to use accurately. The cradle moved and it was easy to misclick buttons when manipulating the Z-axis. It also had force feedback that vibrated in response to your play, which is exactly what you want a mouse to do. 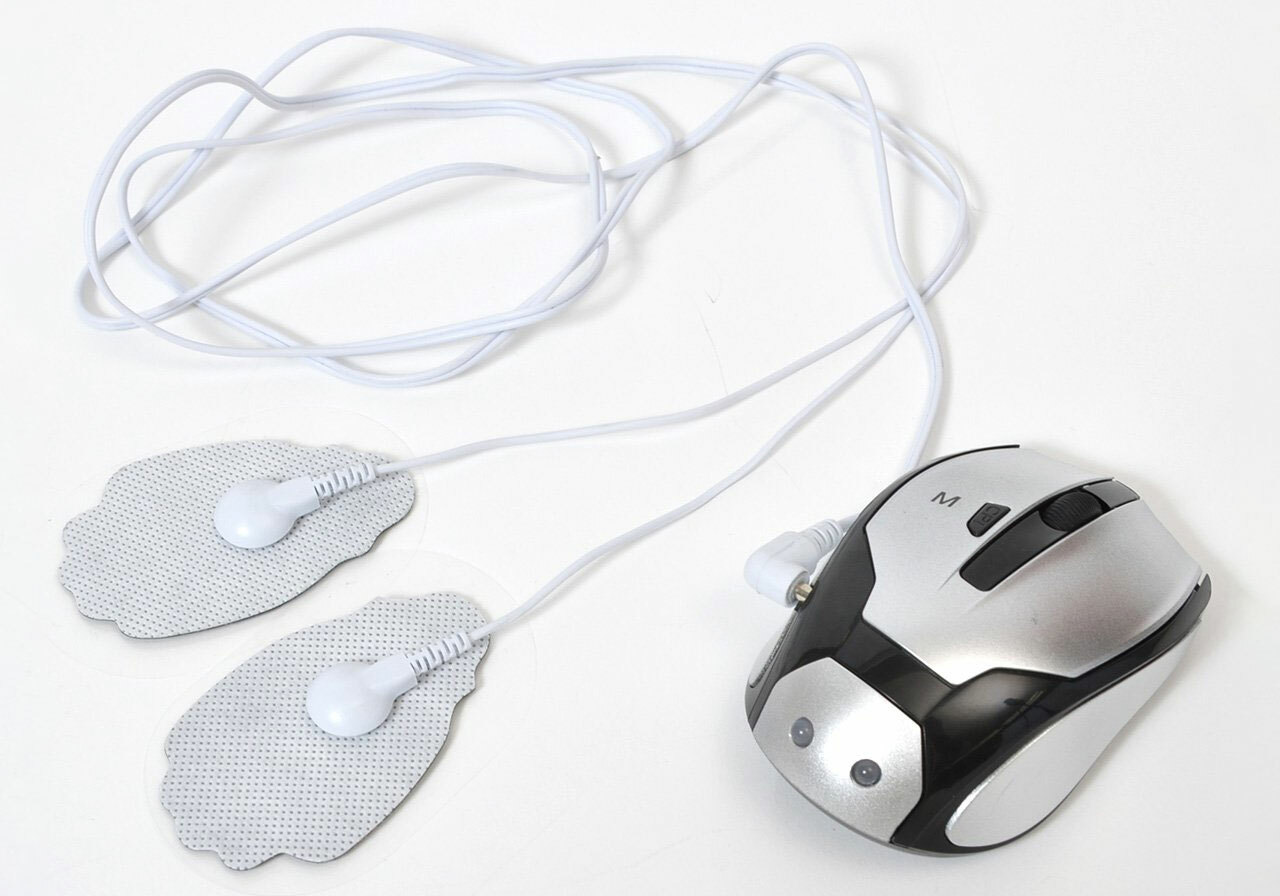 When you buy a mouse, you have a pretty short list of things you want it to do: point and click, ideally, and maybe a few extra buttons or a scroll wheel for convenience. But there’s just a fascination with adding new and deranged features to this humble piece of hardware, and that’s how we got the Kinniku Muscle Mouse, made by Japanese company Thanko. A plug connected to the mouse’s USB cable connects to four electro-stimulation pads that can be placed anywhere on the body. Manipulating special buttons on the side of the mouse lets you administer electric shocks to tone your muscles while working on TPS reports.

Retailers like Wish and Amazon are overflowing with lower-priced, lower-quality computer hardware. One mouse that has become a meme in gaming circles for how utterly crappy it is is the Bugha Gaming Mouse, named after the Fortnite pro and made by a company called “Five Below.” With a honeycomb pattern and adjustable LED lights, it doesn’t look so terrible at first glance. But there has to be a reason it’s only $10, and that reason is the quality. Tracking is erratic, the mouse wheel vibrates constantly, and the whole thing barely works. It’s important to note that Bugha doesn’t actually play using the mouse named after him, and there’s a reason for that. 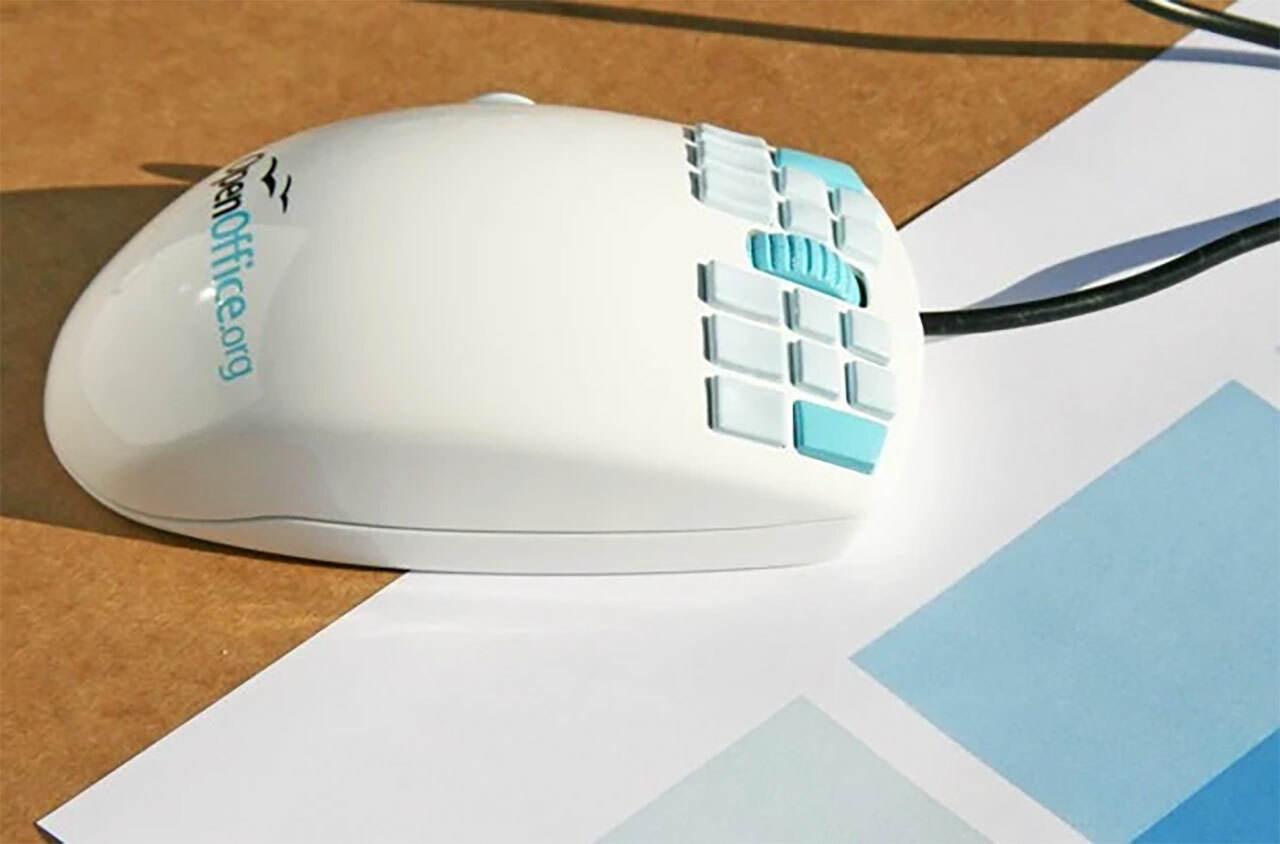 The beauty of the mouse is how simple and intuitive it is: you move your hand, the on-screen pointer moves, and when you press your finger, you interact with the object it points to. So why do people keep trying to make it more complicated? One of the most egregious examples is OpenOffice Mouse, built for the popular open-source productivity suite by the notorious Vox Day. Boasting eighteen individual buttons and a scroll wheel, it seems impossible to use this thing accurately unless you have your fingers fingers.

Recommended by our editors

We are all in favor of people trying to overturn the dominant paradigm, but this interpretation of the mouse is… a bit out of place. Instead of a light, movable point-and-click tool or rolling ball, the RollerMouse 3 attaches to the bottom of your keyboard. The general idea is that you can access cursor movement without taking your hands off the typing area. Instead of a two-dimensional plane, mouse movement is controlled by a cylindrical bar that you slide left to right for horizontal movement and rotate into position for vertical movement. Some people swear by it, but some people do a lot of weird stuff.

Gamers are always looking for a way to gain an edge over their opponents, and mouse design has long been one of those vectors. Many prominent esports athletes boast outlandish grips and keyboard positions as they tweak their hardware to suit their needs. But can completely redesigning a mouse really help you play better? Not if it’s the Zalman FG-1000, a quirky vertical mouse that hit the market in 2008. Nicknamed the “FPSGun,” it features a vertical grip that uses the thumb and two fingers for the scroll wheel and buttons. Because of its design, it slides horizontally much easier than vertically, so great for circular strafing, not really functional for… much of anything else. 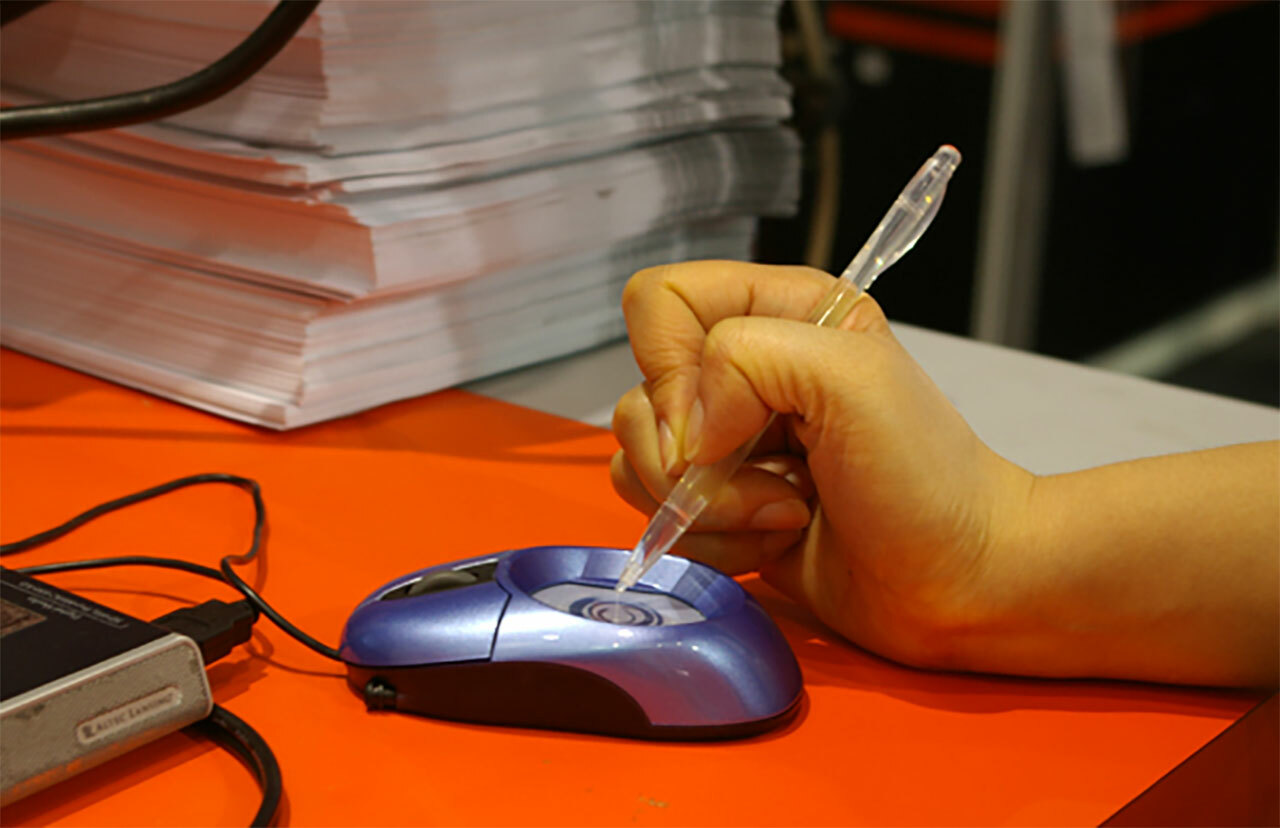 Touchpad technology is everywhere these days because it’s good at certain things that mice aren’t. But what if you could pull a Reese’s Peanut Butter Cup and have both? Well, hopefully the end result isn’t as silly as the T&Mouse, released in China in 2010. The form factor is reminiscent of a traditional mouse of the era, but there’s a large recessed spot where your hand would normally rest. In that divot is a flat touch screen, and there’s a stylus held in a recessed area on the side of the mouse. You can, if you wish, extract it and use the mouse how a touch screen, drawing or writing on it while desperately trying to stop the mouse itself from moving at the same time.

Get our best stories!

Subscribe to What’s new now to get our best stories delivered to your inbox every morning.

This newsletter may contain advertisements, offers or affiliate links. Signing up for a newsletter indicates your agreement to our Terms of Use and Privacy Policy. You can unsubscribe from newsletters at any time.