This is set to be a World Cup like no other… and that’s not a good thing, admits Bill Leckie

Within the week before any other World Cup, I would memorize the fixture list like the lyrics to a favorite song.

Each day for the next month would already be planned around their start times.

The names and faces of each team would seem as familiar as old friends.

Also, I would have wallpaper, the same as when I returned to Mexico in 1970, when my father filled it with his beautiful fountain pen handwriting – because what’s a World Cup without a wallpaper?

It fills me with all the excitement of a colonoscopy appointment the morning after the evening buffet at the Shish Mahal. 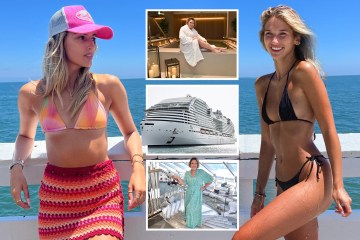 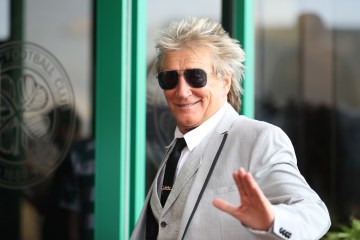 A World Cup whose opening match on Sunday isn’t so much sweeping towards us as a parade of teletypewriters as it is creeping like November smog.

They too HAVING Sunday’s opening game drains you of all the joy that could have been.

The tournament was originally scheduled to begin with a potential belt between Senegal and the Netherlands, only for Fifa’s inner circle to make “a unanimous decision” allowing the hosts to take center stage against Ecuador instead.

The quotes are there, just in case the sarcasm got lost on anyone, because if it really was a unanimous decision – you know, rather than that inner circle strongly backed by the Qatari government – then there should have been an apology for the Senegalese and Dutch for being so wrong in the first place.

There was no apology, though. Because it’s just another addition to an endless list of inexplicable, inexcusable, just because calls that made this World Cup a big pain in the back like . . . well, like that colonoscopy.

This attitude of mine doesn’t sit well with Fifa or the sheikhs, of course, as they’ve ordered us to move on from all that silly misunderstanding about piles of dead construction workers and industry-scale corruption and the threat of fans being arrested for the crime of being gay, not to mention the whole thing being stuffed in the middle of an already jam-packed season.

You complained about all this, we were told, now sit back and enjoy the action.

We will do it? We can do it? Perhaps, because this could yet turn out to be the greatest football spectacle the world has ever seen.

From day one, I nipped the decision to keep him there, but always with the caveat that the Qataris had the strength to put up something amazing.

So sure, it could turn out to be surprising. I just can’t get excited about life.

It’s not because they aren’t there. I missed the coverage of Brazil in 2014, which was a real choker, but I still did all the things listed at the beginning of this article – the planning, the research, the wallchart – it takes to tear up the last ounce of fun from every single game.

You review group games for the dark horse blockbuster: Looking back at the clippings, my suggestion was Nigeria versus Argentina, which paid off with an end-to-end 3-2.

Grit your teeth in what look like stinks in hopes of striking gold, as happened with Algeria’s exhilarating 4-2 win over South Korea.

I was in a bar in Naples the day Italy were knocked out by Uruguay and little Suarez lived to tell the tale despite sinking the gnashers into Giorgio Chiellini, then at Center Parcs the night the Brazilians chanted in such a nationalistic frenzy before the semi-final against Germany that they were 5-0 down within half an hour.

This is how a World Cup should bring you, these are the anecdotes it should leave you.

When you’re properly invested in any top-level sporting event, when you immerse yourself in it, one memory can’t help but fuel another.

Ask me to be woken up to watch Mexico ’70 on a black and white television in the middle of the night and it’s all clear as day; I can still see the biggest goals, hear the commentary, reel off the formations.

It’s been the same every four years since, perhaps with the exception of USA ’94, which—and this could just be me—never felt quite real to me.

And that’s the problem with what’s about to happen in Qatar, the realization that none of it is real, neither the place nor the timing nor the rationale for getting it there in the first place.

Good God, even that little bastard Blatter now admits the logic was warped, though it’s easy for him to be all-that-is-a-righteous-cop-chief once he and his buddies have had a nice drink and the rest of us are just stuck with it.

This is not how a World Cup should be. High-end people shouldn’t beg us to ignore all the bad stuff, just as we shouldn’t struggle to muster enthusiasm for it WHY of all bad things.

I was lucky enough to work at Italy 90, France 98, Japan and South Korea in 2002, Germany 06, South Africa 2010 and Russia four years ago and have always been to a match every day, even when that meant two planes, one jeep and a donkey ride to make the next one on time.

It’s this World Cup. It fills me with all the excitement of a colonoscopy appointment the morning after the evening buffet at the Shish Mahal.”

When I lost the cut and got stuck at home, it always drove me crazy to lose as much as a nonsensical final group.

This is how the World Cup should be.

We’d have to gag ourselves to keep going, we’d have to have spreadsheets printed out with a month’s worth of half-time meal plans.

It should be summer and the house season should have ended a month ago.

But here, in the early winter of 2022? When was the buildup of a decade all about anything but the beautiful game?

When you look at the schedules and see STV broadcasting Switzerland against Cameroon from Al-Wakrah at ten o’clock next Thursday morning?

Let’s just say there’s never a doctor around with lube and a long, pointy camera when you need it. . .

ANOTHER Saturday, another pile of absolute Varbage.

Even more indefensible, inexplicable interference from referees who do nothing but undermine their mucker in the field.

How in the name of the little man it was a penalty when the ball hit Celtic midfielder Matt O’Riley’s arm against Ross County is beyond me.

How anyone could decide it was a spot kick when the smallest of Hibs left-back Marijan Cabraja’s strikes brought Liam Polworth down as the ball raced harmlessly out of the box is absolutely staggering.

How a whistle could watch Livi goalkeeper Ivan Konovalov clean up Hearts man Cammy Devlin and NOT give a penalty is outrageous.

And as for the decision not to even watch Alex Cochrane’s lunge on Nicky Devlin?

Sorry, but you shouldn’t really understand anything about the game.

Week after week, Scottish football’s use of this technology makes less and less sense.

He wastes so much time looking for the slightest kind of offense to penalize, but then ignores the very things he was put in place to address, the clear and obvious error on the field.

Maybe a month off will give the Blazers a chance to work out these – ahem – teething problems.

And maybe little John McGinn will lift the World Cup a week before Christmas.

THREE little words sum up why Celtic’s lead went from four points to nine in no time.

That’s what it’s all about when the chips are down, grinding wins whatever it takes.

But while Ange Postecoglou’s men managed two against Dundee United and Ross County, his opponent Gio van Bronckhorst could only sit back and sigh as his side of under-achievers stumbled to a defeat in Perth and a draw at Paisley.